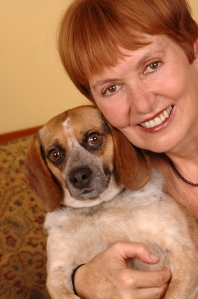 The writer and one of her muses

Elizabeth Abbott is a writer and historian with a special interest in women’s issues, social justice for all and sugarcane-cutters in particular, the treatment and lives of animals, and the environment. She has a doctorate from McGill University in 19th century history. Before moving to Toronto, she lived in Montreal and Port-au-Prince. She is the author of several books, listed below. Her most recent, A History of Marriage, completes her trilogy about human relationships that includes A History of Celibacy and A History of Mistresses. Her previous book, Sugar: A Bittersweet History, inspired by her Antiguan heritage, was short-listed for the Charles Taylor Prize for Literary Non-Fiction.

Elizabeth has written for the Globe and Mail, Toronto Star, Ottawa Citizen, The Gazette (Montreal), Quill & Quire, London Free Press, La Presse and La Gazette du Golfe (Benin), and for Equinox and Harrowsmith magazines. From 1991 to 1993, she was editor-in-chief of The Urban Pet, a monthly newspaper devoted to companion animals.

Elizabeth is a Senior Research Associate at Trinity College, University of Toronto and, from 1991 to 2004, was Dean of Women. She served for ten years as vice-president of the Riverdale Historical Society, and is a Director of the St. Patrick’s Benevolent Society. She is a member of the Antigua and Barbuda Association of Toronto and of PEN Canada. She volunteers for Tafelmusik and from 1995 to 2007 co-ordinated the Trinity College-Mount Sinai Hospital Pet Therapy Program. She served for several years on the Editorial Board of the Canadian Human Rights Foundation and the Rights and Freedoms Committee of The Writers’ Union of Canada. She has received a Mount Sinai Hospital volunteer service award, a City of Toronto Community Service Volunteer Award and an Ontario Government Volunteer Service Award. The Riverdale Historical Society, which she co-founded in 1999, won the 2007 Heritage Toronto Community Heritage Award and the Members’ Choice Award.

– National Magazine Award for Environmental Writing, 1991, for “Haiti: Where Rivers Run Brown,” in Equinox.
– L’Histoire Universelle de la Chastité et du Célibat (Fides, 2001), the French translation of A History of Celibacy, won the Governor-General’s Award for Translation.
– A History of Celibacy, translated by Paule Pierre-Noyart as Histoire universelle de la chasteté et du celibat, won the Governor General’s Award for Translation in 2002. The citation read: “A subject as sensitive as this demands a skilful and delicate touch. The translator, fully engaged in a stylistic adventure, has captured the subtle flavour of the text and the pleasure contained within it. Captivated from the very start, we remain involved right to the end. While careful research has ensured a solid foundation, the translator’s elegance and fine sense of irony guarantee a seductive experience.”